A Passion For Sweets 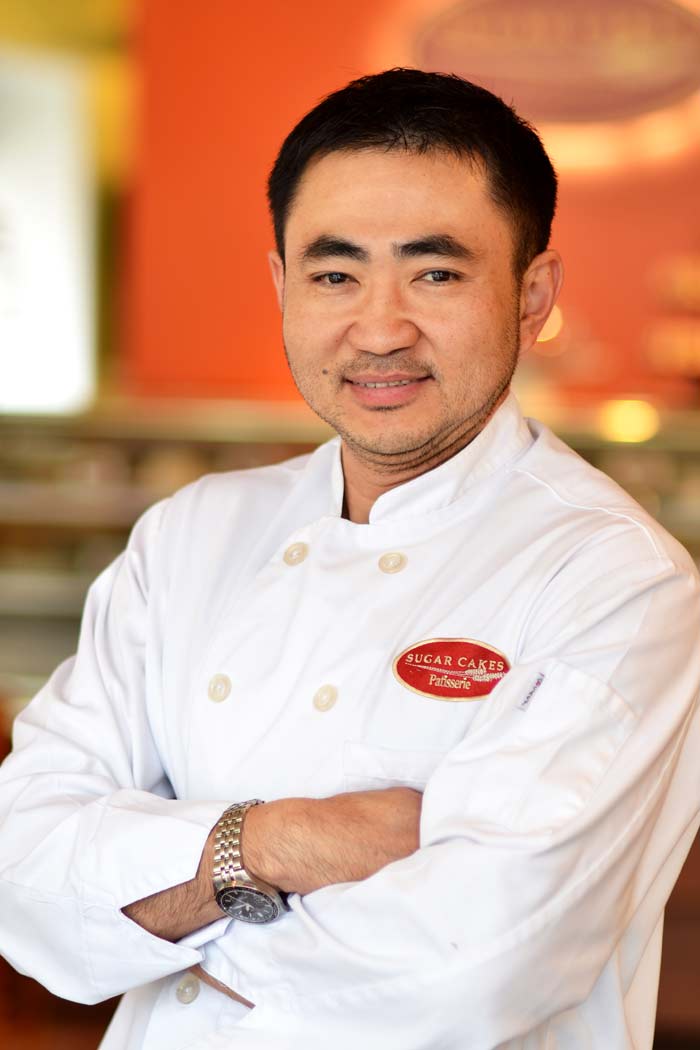 Sugar Cakes Patisserie owner and head chef, Ted Arpon, opened the doors to his modern French bakery on the historic Marietta Square in 2006. The last eight years have yielded a flurry of success and tremendous opportunity for growth as the gourmet pastry shop has transitioned into a full-service café featuring breakfast and lunch, as well as a thriving catering operation.

Chef Ted was born in Bangkok, Thailand where his family owned a snack company. Working in the family business as a child taught him the importance of work ethic at an early age, and it also sparked his passion and interest for business and service to others. Years later, Chef Ted began to realize the fruits of his hard work and commitment to excellence when he graduated from Georgia State University with a master’s degree in international business.

Moving to the United States and obtaining his college degree 28 years ago was only the beginning of Chef Ted’s culinary pursuits. Shortly after college, he enrolled at The French Pastry School in Chicago, Illinois and studied under one of the world’s most renowned French pastry chefs, Jacquy Pfeiffer, co-founder of the school. “I just love sweets and pastries,” says Chef Ted. “When it came to deciding my career, I wanted to do something hands-on with a product I loved—desserts!”

Chef Ted began his career, and refined his skills in traditional French baking, as a chef at a luxury hotel in Atlanta. He credits his experience there as the source of his education in efficient, large-volume production, and five-star business operations. Grounded in the philosophy that only the finest and freshest ingredients make the best pastries, Chef Ted’s art was perfected. He needed an outlet to allow him and his art to realize their true potential, and it wasn’t long before Sugar Cakes Patisserie was born.

Chef Ted is married to Judy, and they have three children together. A resident of Cobb County, Chef Ted is proud to call Marietta home to not only his business, but to a consumer base that understands and appreciates fine culinary arts. Café patrons are sure to catch a glimpse of Chef Ted as he is often found managing new menu items, ensuring top-quality service, and of course, preparing some of Marietta’s finest dishes.